What is camel leasing, and how can it help the people of Somalia cope with severe drought? 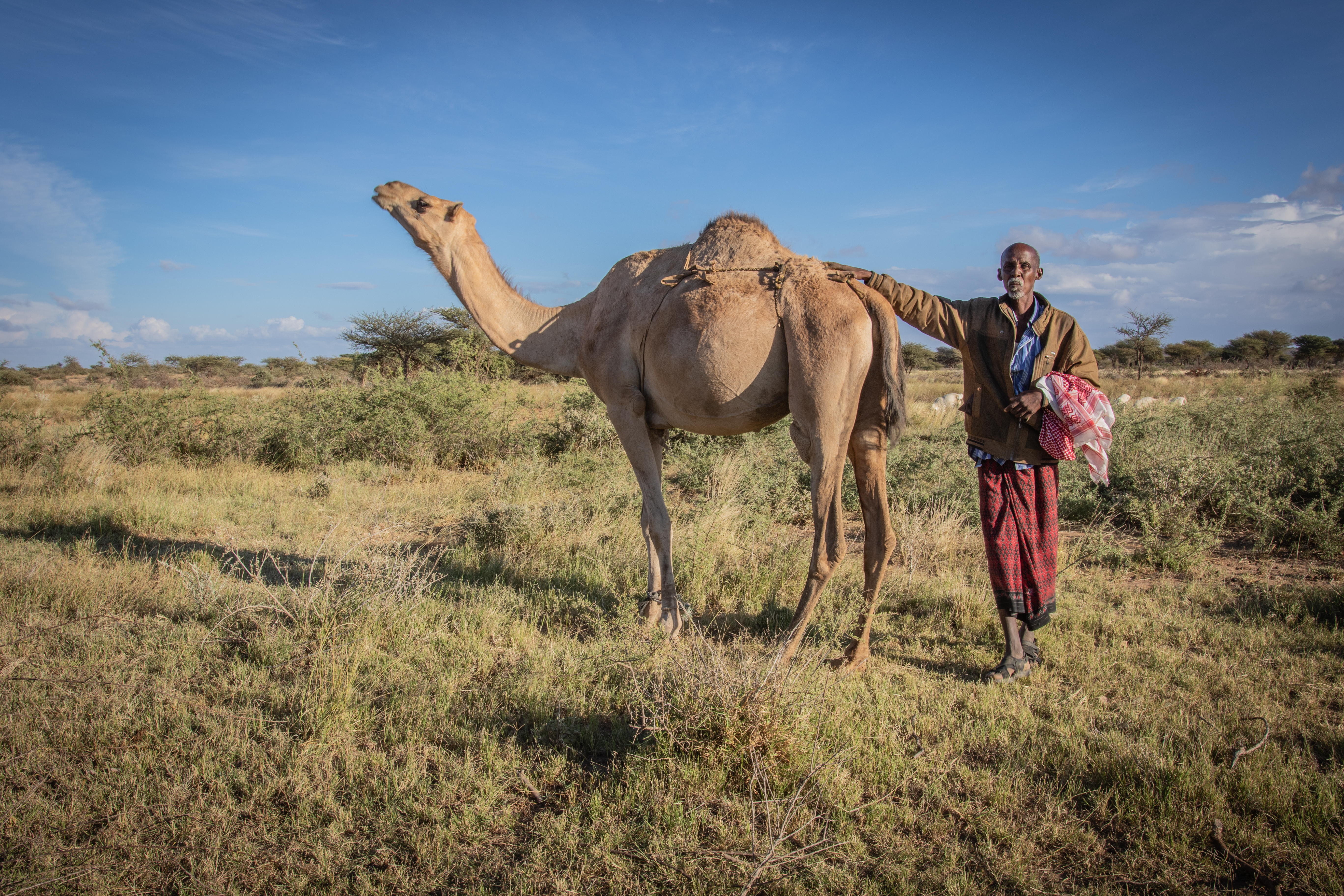 The Feed the Future Somalia Camel Leasing to Impact Resilience Activity was a multi-year mixed methods research study funded by the United States Agency for International Development (USAID) and implemented by RTI International. Part of Feed the Future, the U.S. Government’s global hunger and food security initiative, the study looked at the potential impacts of camel leasing on the resilience and well-being of Somali camel-herding pastoralists, pastoralist communities and camel milk dairies.

Camel leasing is a formal arrangement between camel owners and dairy companies. The camel owner provides camels to the dairy for an agreed- upon period of time in return for payment. The dairy feeds and cares for the camels during this time. When the lease is finished, the camels are returned to the owner.

The activity involved two phases over 33 months. The first phase helped the research team understand how camel leasing works in the region. The research team reviewed data sources and conducted interviews with experts in camel pastoralism, livestock leasing, and resilience. Through a mapping exercise, the team identified the Woqooyi Galbeed region as having the highest concentration of camel leasing dairies and pastoralists; therefore, the remainder of the study focused on this region.

Because of the limited sample of leasing participants included in this study, the findings outlined here should not be interpreted as evidence of impact, but rather learnings to inform future work.

What impact does camel leasing have on the welfare and resilience capacities of pastoral households and communities?

What is the “business case” for the camel leasing model for dairy companies?

To what extent do Somali social networks influence the camel leasing model?

Experiences among pastoralists were not universal, and responses from FGDs reflected some of the negative attitudes toward leasing.