As a mechanism for coordinating all resilience programming in the ASALs in northern Kenya, the PREG model of collaboration is grounded in sequencing, layering and integrating interventions, which has enabled partners to minimize overlap, promote synergies and achieve multi-partner collaboration. 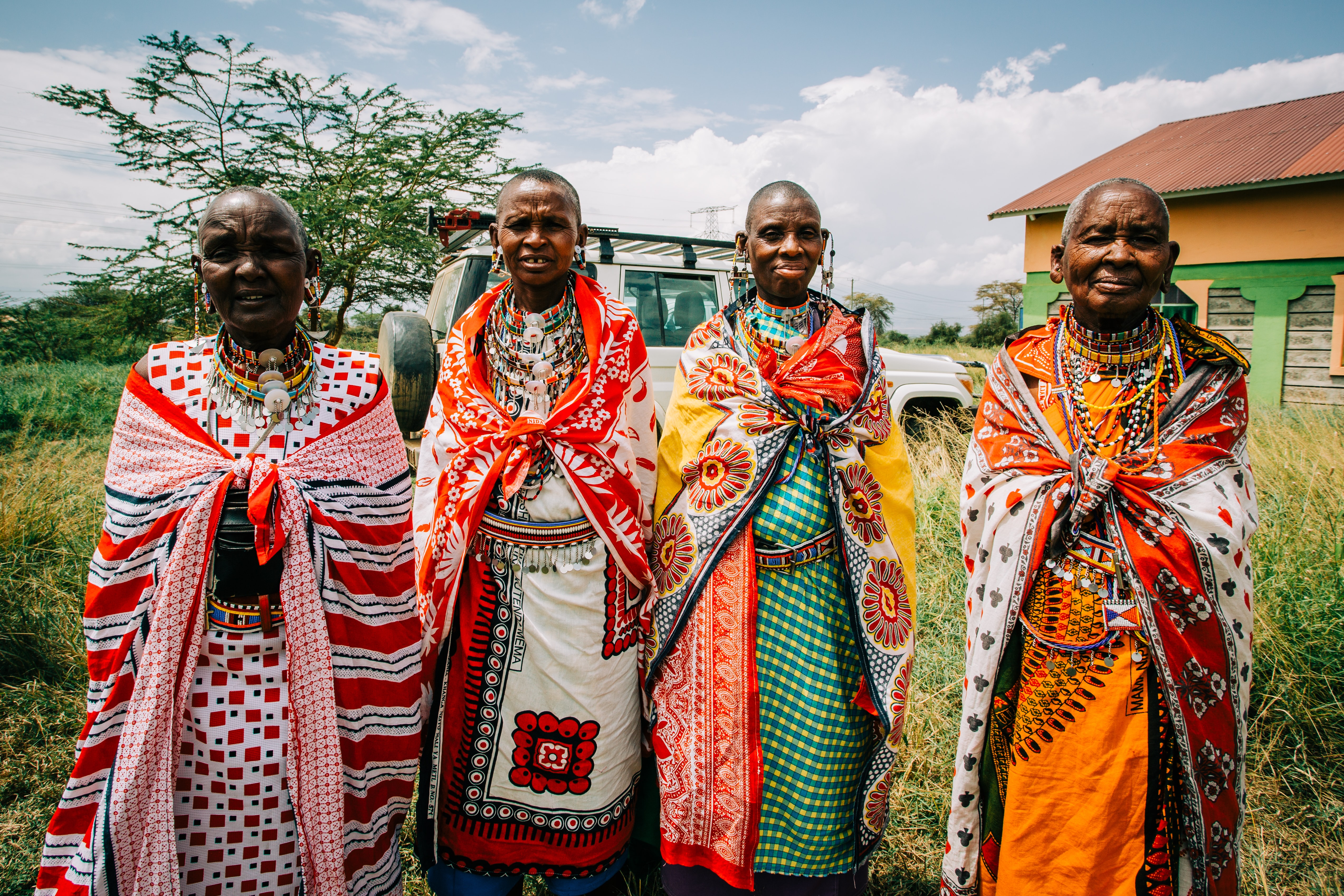 In Kenya, 23 of 47 counties are considered arid and semi-arid lands (ASALs). Many constraints have and continue to negatively impact the resilience, food security situation and socio-economic development of the ASALs of Kenya. Counties in the ASAL region have been adversely impacted by a legacy of marginalization by the government, drought emergencies, human conflict, and poverty. USAID’s Partnership for Resilience and Economic Growth (PREG) brings together multiple humanitarian and development partners that work with the Kenya National Drought Management Authority (NDMA) and county governments to coordinate resilience and economic growth activities to strengthen resilience among the vulnerable pastoralist communities in nine ASAL counties.

As a mechanism for coordinating all resilience programming in the ASALs in northern Kenya, the PREG model of collaboration is grounded in sequencing, layering and integrating interventions, which has enabled partners to minimize overlap, promote synergies and achieve multi-partner collaboration. By 2014, USAID-supported resilience programs implemented in the ASALs in northern Kenya were subsumed under the PREG Partnership umbrella. This included the Resilience and Economic Growth in the Arid Lands (REGAL) projects: REGAL-Improving Resilience (REGAL-IR) and REGAL-Accelerated Growth (REGAL-AG). As a result, the PREG I endline survey draws heavily from the REGAL Impact Evaluation design, but with several significant adaptations.

The main body of this report presents findings from a pre-post analysis of PREG resilience programming activities for its first five-year phase (i.e., PREG I), which ostensibly represents a transition from REGAL to PREG.

As mentioned above, the PREG I study was originally designed as an impact evaluation of the REGAL project (i.e., REGAL-IR and REGAL-AG) in northern Kenya, which was designed to understand the differences in outcomes between households that received high-intensity (treatment group) and low-intensity (comparison group) resilience programming. Numerous issues emerged over the course of the transition from REGAL to PREG that made clear an impact evaluation—as originally designed—would not be possible; a key limitation was that some households within the treatment group had not, in fact, directly participated in program activities (i.e., had not received any treatment). Thus, PREG I endline study findings are based on a pre-post analysis, analyzing change over time to detect differences in key outcomes between baseline and endline surveys. Note that this pre-post study does not allow for attribution of benefits to PREG households from PREG programming.

Data for the PREG I baseline (originally the REGAL impact evaluation baseline) were captured by integrating resilience modules into the population-based survey for the Feed the Future Zone of Influence. The PREG I endline utilizes a mixed-methods design that includes both quantitative and qualitative components; the baseline involved quantitative data collection only. Baseline data were collected in January/February 2013 and endline data in August/September 2018 in six of the nine counties in which PREG I operated, including Isiolo, Marsabit, Turkana, Mandera, Samburu, and Tana River. The timing of data collection for the baseline occurred post-harvest. In contrast, data collection for the endline occurred during the lean season for pastoral areas. The timing of data collection should ideally be conducted at the same time of year for each survey round in order to more accurately assess the effects of programming (versus effects due to seasonality, for example) on any changes in food security that might occur over time.

Both the baseline and endline survey samples were drawn independently and use cross-sectional samples of the population within the PREG area of intervention. However, the definition of the PREG area of intervention changed between baseline and endline. The baseline sample was divided into two geographic strata defined at the county level and was based on planned PREG programming with low-intensity (LI) counties receiving only humanitarian assistance through the USAID-supported PREG partnership: Baringo, Samburu, and Tana River. High-intensity (HI) counties were defined as areas receiving (or that would receive) PREG resilience-enhancing investments in addition to humanitarian assistance: Isiolo, Marsabit, and Turkana. Based on guidance for Feed the Future Zone of Influence surveys, the samples drawn from the counties in these two strata were population-based, that is, all households within the counties constituted the sampling frame from which surveyed households were drawn. However, midline survey data showed that a large number of sampled households from the HI counties (treatment group) did not directly participate in any resilience programming supported by USAID, so the sampling strategy for the endline was modified.

The sampling strategy for the endline survey was modified from the one used at baseline in order to address this sampling limitation. Rather than identifying the HI sampling frame on the basis of county only (i.e., as in the baseline), information from project records was used to identify much smaller geographic areas (sublocations) in which PREG projects had been carried out or were currently engaged in specific interventions at the time of the PREG I endline survey. The LI endline sampling frame was also changed from county level to sublocations within the LI counties where WFP-supported humanitarian assistance (and other non-resilience-building) activities had been carried out. As a result, the PREG I endline is a subset of the baseline sample; the subset consists of overlapping sublocations.

Because households sampled in the HI areas for the PREG I endline (i.e., at sublocations) were more likely to have been exposed to resilience interventions than HI sampled households for the PREG I baseline (i.e., at county level), the two populations are not comparable. Endline sublocations (at least in HI areas) reflect project selection criteria and therefore it is possible— and likely—that there would be systematic differences between the selected sublocations and the county as a whole. To mitigate this bias, the findings for the PREG I endline are based on a pre- post comparison of data from the purposively selected endline sublocations where data were also collected at baseline. In addition, a limited difference-in-differences impact analysis was conducted comparing baseline-to-endline changes in the overlapping HI sublocations with changes in the overlapping LI sublocations. Qualitative insights help explain and provide more depth to the quantitative analyses.

Livelihoods. Livelihood diversity was generally low and decreased slightly over time, from approximately two sources of income or food, to one. While livestock production remained the primary livelihood, qualitative focus group participants across all counties reported increased interest in diversifying into small-scale farming and vegetable gardening. In multiple communities, however, drought, lack of sufficient water resources, and flooding in some cases (e.g., Garissa), have often undermined these efforts. The quantitative data show household participation in farming, wage labor and self-employment decreased significantly over time.

Coping Strategies. At endline, roughly 8 percent of households relied on migration to cope with shocks/stressors, a significant increase from baseline. Reliance on selling off both large and small assets decreased significantly since the baseline; selling of large assets remained a coping strategy at endline for 30 percent of households. Neither the quantitative nor the qualitative data provide sufficient insights into whether households shifted to more negative coping strategies over time, though this often occurs in cases of recurrent shocks requiring more dire action.

Social capital. By endline, more households had, or thought they could, seek help from others than at baseline. Although relatives are still the primary sources of support in times of need, there was a significant increase in reaching out to non-relatives in other tribes and ethnic groups (p<0.05). The qualitative findings suggest this may be partly due to an erosion of bonding social capital (i.e., links between families, friends and neighbors within a household’s community) over time, driving greater reliance on geographically distant sources of social support, such as bridging social capital (i.e., links between family, friends and neighbors outside a households’ community) and linking social capital (i.e., vertical linkages to people with access to resources, such as leaders, political figures, business owners). The qualitative data also indicate that even wealthier households were greatly affected by recent shocks and incurred debt that inhibited their traditional role of providing loans, food and other support within their communities during times of need. Shop owners were less willing or able to allow people to purchase food on credit than in the past. This is consistent with other findings that the rate of borrowing dropped at endline.

Humanitarian assistance. Household reliance on humanitarian assistance was very low in both survey rounds: 15 percent at baseline and 6 percent at endline; the change over the two rounds is not statistically significant. The qualitative data suggest that most communities still received (although diminished) some form of assistance during times of crises, including food aid, cash, fodder, seedlings, vaccines, malaria nets, and livestock restocking. While some communities noted that this type of assistance was insufficient to meet the needs of households within an affected area (e.g., Wajir), others indicated that emergency humanitarian assistance layered with development activities was critical for dealing with shocks and stresses. A female FGD in Garissa, for example, described food assistance as critical to reducing “starvation” during drought.

Asset ownership. Households owned fewer assets at endline compared to baseline, but the decrease was not statistically significant.

Child nutritional status. Generally, the trend was toward improvements in all three measures of child nutrition by endline, though no changes were statistically significant.

Most results at endline do not differ significantly from those collected at baseline. The lack of statistical significance overall may be related to the relatively small sample size. Insights from the qualitative data offer a somewhat more nuanced perspective; people are struggling but have some capacity—although diminished—to cope with shocks and stressors, particularly if afforded some external assistance. Some respondents reported improvements in livelihood diversification; improved nutrition among children; increased collective action and community cohesion, particularly as regards natural resource management; increased access to services (e.g., markets, veterinary and human health services) and technologies (e.g., farming practices); and improvements in and access to infrastructure (e.g., markets, water points).

Such seemingly contradictory results may, in part, reflect differences in the nature of the data reported; the quantitative results (primarily neutral or negative) reflect the average across all sampled households while the qualitative data (somewhat more positive) reflect the opinions and perspectives of a considerably smaller sample size of diverse but purposively selected key informants and focus group participants. Additionally, participants in focus groups or key informant interviews are asked to provide their perceptions of conditions in their communities overall, whereas the information collected in quantitative surveys reflects the specific conditions of the respondents’ households. The important point is that both the quantitative and qualitative results are valid even when seemingly contradictory; one must simply keep the context for each in mind when interpreting results. In particular, the qualitative results represent the opinions of the individuals who provided them and may not be broadly applicable beyond their community, in contrast to quantitative results.