Is Adaptation Success a Flawed Concept?

The Paris Agreement established a global goal on adaptation and invites parties to review the effectiveness of adaptation actions. However, the measurement of adaptation success remains elusive. Focusing on the capabilities of households and governments to pursue a range of adaptation futures provides a more robust foundation. 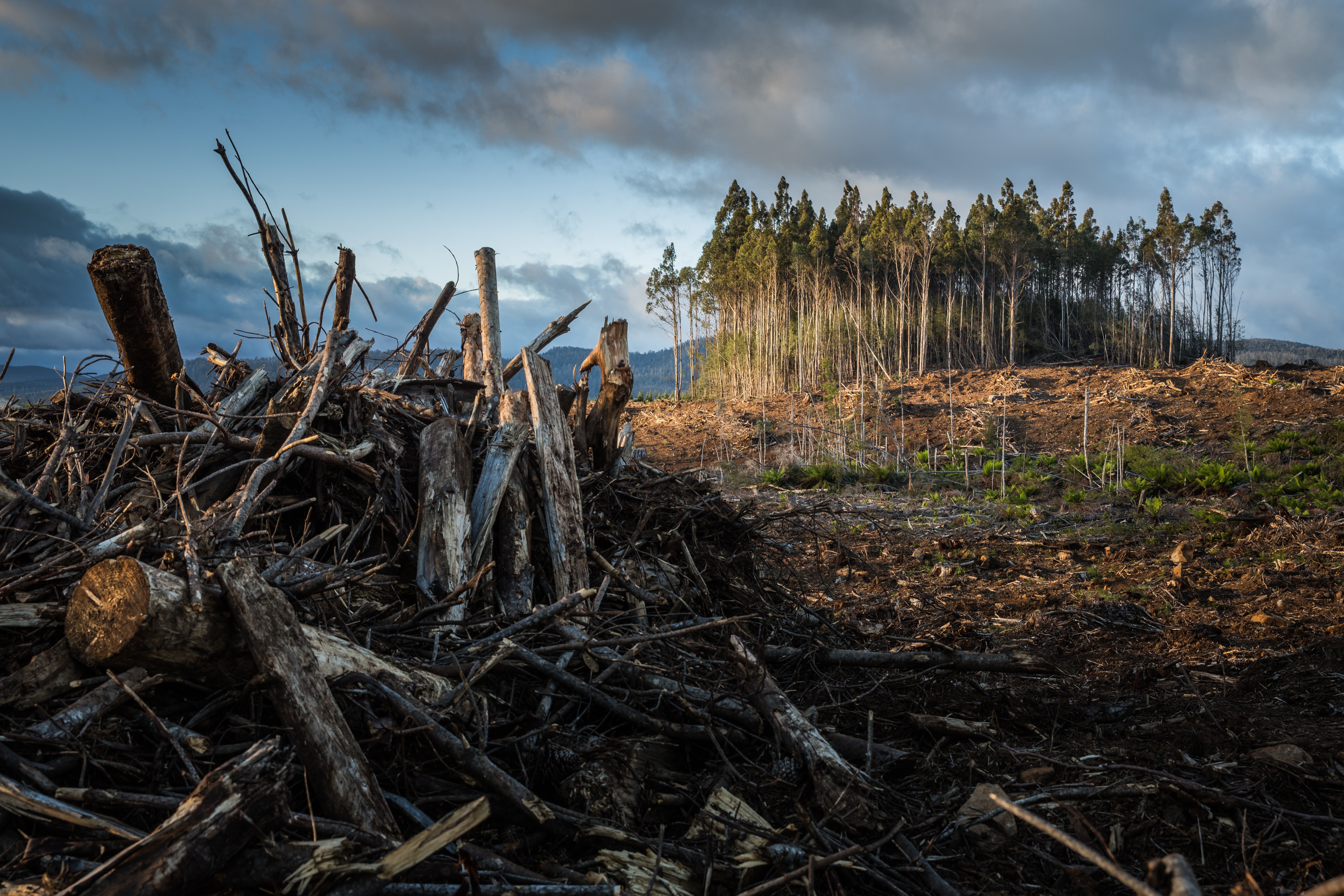 The Paris Agreement established a global goal on adaptation and invites Parties to “review the adequacy and effectiveness of adaptation” in a global stocktake. Creating universally applicable measures of adaptation success remains elusive, however, given that most adaptation projects are implemented at the local level and start from wildly differing baseline conditions. Further, the adaptation process is never truly “finished” in a changing, evolving climate. Tracking government adaptation policy instruments has been proposed as a way to assess progress. However, these and other approaches do not address what constitutes “success,” focusing instead on government planning, or how vulnerability is changing — and leaving open the questions of vulnerability of whom, to what and who decides. This article proposes that the focus should be on bolstering and measuring the capabilities of individuals and institutions — capabilities that are necessary to pursue a range of resilient futures and adaptation goals.

Developing metrics to define progress or success can be challenging. Although technologies of assessment might appear apolitical, in fact they privilege certain worldviews and processes over others.

There is no single definition of adaptation success. Unlike mitigation, there is no universal unit of measurement for adaptation. Adaptation success has many meanings; local context determines what must be adapted to, as well as who must do the adapting and whether actions at other scales are complementary. Despite the laudable goals of the United Nations Framework Convention on Climate Change (UNFCCC), a common understanding of “effectiveness,” or way to verify it, simply does not exist. The incomplete and fragmented nature of the understanding of adaptation and the long time periods over which adaptation effectiveness must be judged all pose challenges to tracking. Even for developed countries, adaptations that worked well in the last century may be maladaptive by 2050 or earlier. For example, the recent “de-poldering” of parts of the Netherlands that had been previously protected from flooding for over 1,000 years demonstrates a shift from thinking that adaptations should control the river to “making room for the river” instead.

People have different, and evolving, risk perspectives and tolerances. Different perceptions of adaptation success may stem from differing perceptions of what constitutes a risk and whether (or how) a risk should be mitigated. For example, water users in Colorado have very different views about how to manage a finite water supply, and for some, new regulations or innovations implemented in the name of adaptation that affect property rights might be perceived as a greater risk to livelihoods than climate change. Risk may also be tolerated for the gain and livelihood that it provides. Char lands in Bangladesh rivers are flooded every year, but communities come back and reclaim the land soon after the flood water recedes. Given the multilevel governance nature of adaptation, there are also different perceptions among actors at local, regional, state and national scales as to which risks are most urgent. Even within a single urban area, there are differences in how resilience is defined and what constitutes a legitimate path forward.

Who gets to define what is measured? Both adaptation interventions and measurements of their success are inevitably shaped by and embedded in systems of power that deserve critical scrutiny. Power asymmetries are becoming particularly salient in the context of north-south relations, and the political effects of adaptation discourse in the global south have remained largely invisible in scholarly debate. A global stocktake process for climate adaptation is likely to be driven by those with the capacity to participate at the national and international level, and thus likely to obscure the views of local, less-powerful actors and especially vulnerable groups. Already, within countries, rural residents’ needs and local institutions are not well-represented within National Adaptation Programmes of Action (NAPAs). Finally, in the context of development aid, results-based management, which seeks to define clear goals and demonstrate evidence of success, can lead to the funding of the easiest projects to implement and measure from the perspective of donors, and in the process, leave the most vulnerable completely without assistance.

Despite these critical measurement complications, an urgent mandate exists to move forward with adaptation worldwide. We suggest two strands of complementary efforts.

Empower local people to create metrics that matter to them. Metrics must be defined by and be meaningful to the people and organizations on the ground. The process of tracking change may be an opportunity to create authentic dialogue about what societies value, and whose interests are represented. Efforts can start with questions such as, “What matters to local well-being, and what are individual and community aspirations? What are the most important measures that capture local aspirations, impacts, social frameworks and economic opportunities?” Researchers and the households they study can differ on how they define resilience and the way it should be evaluated — and that measuring (through surveys, for example) the perspectives of individuals on their own situation (such as their ability to recover from an adverse event) provides a valuable way of documenting what does and does not work to build resilience. The same is likely to be true for adaptation. Although this might make it more challenging to compare adaptation across different contexts, it could help more meaningful comparisons to be made within contexts and across time. Finally, creative quantitative and qualitative methods, including storytelling, participatory video and photovoice, and collaborative community “atlases of community change” could be used to measure local perspectives on adaptation.

In the interest of equity, it will be necessary to take time to hear many different voices, including those of the most vulnerable. This means that metrics need to address the sociopolitical context and include questions about the transparency of power dynamics, understanding who will benefit, and who has a voice in talking about adaptation success. While national governments may select what to report in UNFCCC adaptation communications, and thus may have some freedom to define metrics, they should also involve and include subnational and local perspectives, including nongovernment actors. The Marrakech Partnership for Global Climate Action is working to involve a greater range of actors, but efforts should be further extended.

Focus on building long-term adaptive capacity and flexibility. Some of the most important, critical, adaptation-related needs may not directly relate to climate. Instead of debating adaptation success, focus should extend to building and measuring capabilities that empower communities in the face of climate change. This builds on the work of Amartya Sen, who argued that development is the freedom to achieve well-being. Rather than imposing a standardized outcome, individuals must be empowered to pursue the lives, or in this case the adaptation outcomes, that they have reason to value. Capabilities critical to effectively respond to climate change may include access to increased education, which is necessary to build diversified livelihoods; access to healthcare, necessary to respond to new health risks; access to technology, increasingly necessary for communication and information access; strengthened social support, necessary to prepare for and respond to shocks; and good governance, necessary to ensure services are delivered. Capabilities can directly support adaptation: for example, female education may be the single most important socioeconomic factor associated with reduced vulnerability to disasters. Some processes and international agreements have already outlined metrics of success that may support the building of these capabilities (for example, the United Nations Sustainable Development Goals, the Sendai Framework and the Convention on Biological Diversity), which in turn lay the foundation needed to support adaptation efforts as climate change unfolds. Efforts of the scientific and international communities would be better spent understanding how to build, support and measure capabilities of communities, and how those capabilities, in turn, enable adaptive capacity for climate change, rather than trying to develop a universal definition of adaptation success.

In summary, let us rethink the idea of reporting on or measuring adaptation success. Rather, let us focus on understanding and articulating how the capabilities approach, driven by the needs and values of local communities and especially of the most vulnerable, can be harnessed to provide increasing adaptive capacity for the future. There is value in accelerating the sharing of experiential and research knowledge across networks and scales. However, caution must be exercised in promoting any particular definition or metric for adaptation success: this will undoubtedly privilege some views and exclude others, and not necessarily lead to the changes needed to support adaptation. The adaptation community could instead invest in understanding how other metrics already in place can be harnessed to support adaptive capacity. How do improvements in capabilities improve adaptive capacity for climate? Do increasing capabilities increase flexibility, reduce it or otherwise change the nature of the vulnerability? What are the risk trade-offs that communities must grapple with when choosing between different adaptation strategies? These questions can only be answered by building processes that focus on empowering communities, linking resources across scales and supporting effective communities of practice that accelerate the development of capabilities linked to adaptation questions in ways that are meaningful in specific contexts.