The Russian invasion of Ukraine has major implications for food security across the world as well as the region, given both countries’ major roles in global food markets and Russia’s prominence in global energy trade. 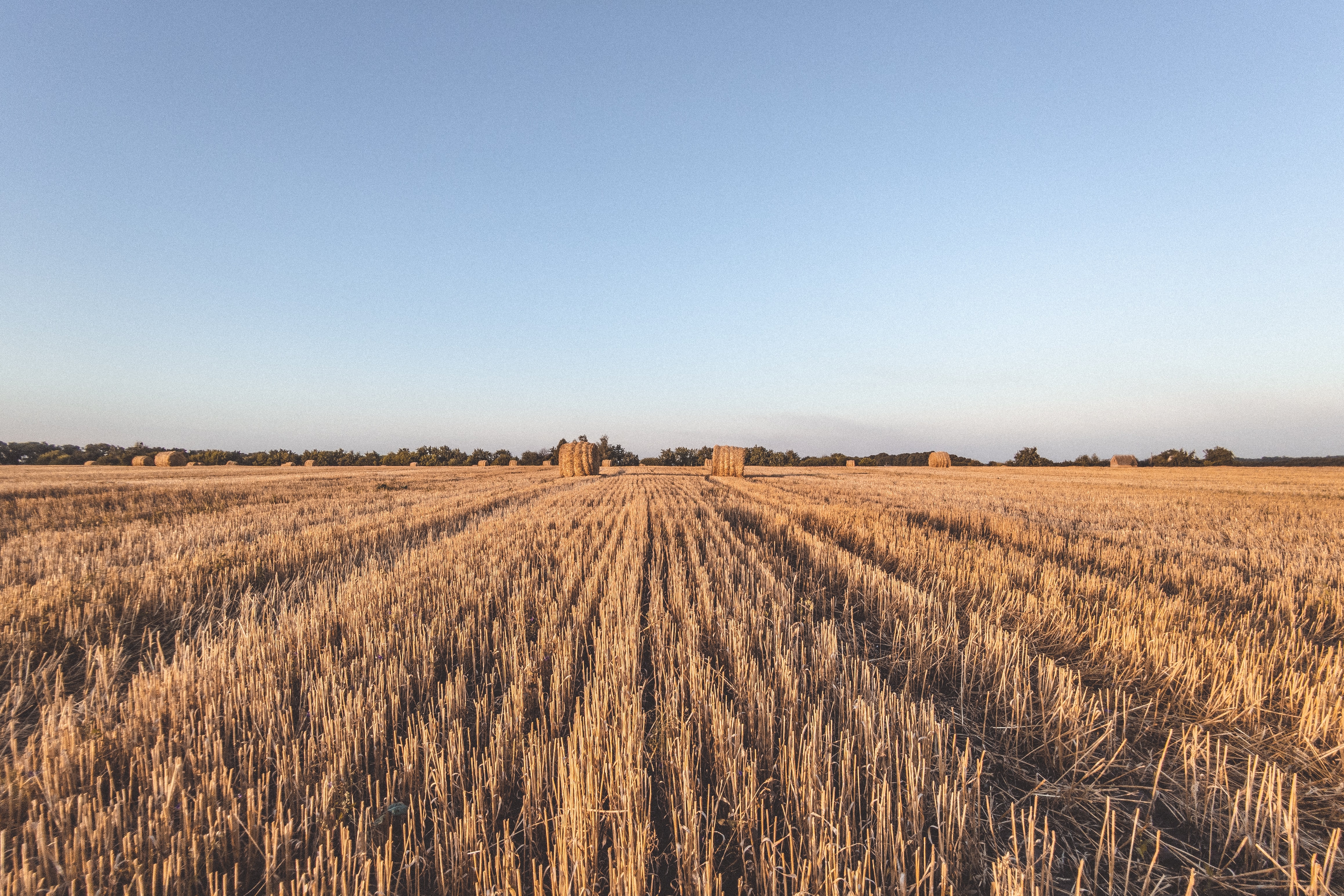 The conflict in Ukraine comes at a time of unprecedented humanitarian needs, as a ring of fire circles the earth with climate shocks, conflict, COVID-19 and rising costs driving millions closer to starvation.

A total 44 million people in 38 countries are teetering on the edge of famine and overall global needs for humanitarian assistance are higher than ever.

As funding levels off due to donor nations’ treasuries being stretched, and in the face of rising food costs, the World Food Programme (WFP) has already had to reduce rations for refugees and other vulnerable populations across East Africa and the Middle East. This includes Yemen, where 16.2 million people are food insecure and there are pockets of famine-like conditions.

The conflict in Ukraine has plunged global food and energy markets into turmoil, raising high food prices even further. These increases, once passed on to domestic markets, will limit people’s access to food. They will simultaneously increase operational costs for WFP, constraining its response at a time when people need it most.

The repercussions of the war in Ukraine will be felt well beyond its borders, aggravating hunger in some of the world’s worst hunger crises.

Short-term impacts on WFP procurement include expected cancellations or delays of WFP split pea and barley shipments from the port of Odessa. This will likely primarily affect West Africa, where the cargo is needed for distributions from May onwards.

Medium-term effects will be rising costs due to surging global food prices, additional expenses from diversifying sourcing away from the Black Sea region and longer lead times when sourcing from destinations further afield.

Wheat price increases and lack of pulses from Ukraine are expected to raise the cost of WFP food procurement by around US$23 million per month, with some of the world’s current hunger hotspots, such as Afghanistan, Ethiopia, Syria and Yemen, most affected because of their dependency on wheat.

Export disruptions in the Black Sea have immediate implications for countries such as Egypt, which heavily rely on grain imports from Russia and Ukraine. Beyond countries receiving Black Sea grain, those dependent on grain imports more broadly are the first in line to experience domestic food price increases, following rising prices on global grain markets. In more than 40 countries with WFP operations, imported cereals such as wheat and maize account for 30% or more of dietary energy.

Conflict-related cost increases for wheat and pulse procurement come on top of already surging prices over the past year, which have made WFP operations 36% more expensive than they were on average in 2019.

A surge in energy prices further escalates the cost of WFP operations, both through food prices and supply chain-related fuel costs, including for ocean freight, land transportation, aviation and WFP facilities. A conservative estimate for the impact on WFP’s transport costs, with all the uncertainty of future oil price developments, puts the increase at US$6 million per month.

While the full impact on WFP’s operational costs will become clearer once we have gone out in the market to source commodities, estimates point to increases of US$29 million per month in the short term, through the combined effect of food and fuel price hikes. When added to pre-existing increases of US$42 million (since 2019), the total additional costs facing WFP are US$71 million per month.

The International Response to Russia’s Invasion of Ukraine

The international community has imposed sanctions in response to Russia’s invasion of Ukraine. A key measure is the freezing of the Russian Central Bank’s access to its reserves in the European Union, United Kingdom, United States, Canada, Switzerland and Japan. Another is restrictions on financial institutions, including cutting off access to the Society for Worldwide Interbank Financial Telecommunication (SWIFT) for selected Russian banks. In a recent escalation of the sanctions, the United States, Canada and the United Kingdom have banned Russian energy imports, while the European Union has pledged to end its dependence on Russian gas. Sanctions so far exclude payments for food commodities and fertilizer.

The sanctions are beginning to hit the Russian economy hard. The Russian Central Bank has raised interest rates to a staggering 20%, while the Russian rouble has lost nearly 40% of its value against the U.S. dollar within two weeks.

The main expected effect of the conflict on global food security comes through the impact on global grain and energy markets. International food and fuel prices have increased sharply since the onset of the conflict. This will ultimately affect local food prices and, because of this, access to food. At the same time, grain and oil price hikes are increasing the cost of WFP’s operations, reducing the ability to serve those in need just when it is most required.

Poorer countries are struggling the most to recover from the pandemic’s economic fallout, left behind by a lack of access to vaccines and lower capacity to finance stimulus measures. About 60% of low-income countries are currently in, or at high risk of, debt distress, compared with 30% in 2015. Despite sluggish economic growth, inflation has been on the rise — and with it the risk of stagflation.

Both Ukraine and Russia are critical players in global wheat and maize markets, ranging among the top five exporters globally for both commodities. Together, the two countries supply 30% of wheat and 20% of maize to global markets. In addition, Russia and Ukraine are key exporters of sunflower and barley, accounting for more than three-quarters and one-third of supplies to international markets, respectively.

The Russian military invasion has brought shipments from Ukraine to a halt and paused Russian grain deals, amidst uncertainty around sanctions. An estimated 13.5 million tons of wheat and 16 million tons of maize are frozen in the two countries — 23% and 43% of their expected exports in 2021/2022.

Insurers demand high premia for vessels entering the Black Sea, if willing to provide coverage in the first place. Amidst ships being hit by missiles, war risk premia range in the hundreds of thousands of U.S. dollars and have reached US$300,000 for some tankers.

Movements in international grain prices reflect these disruptions, with major export quotations for wheat up by 28% on average within two weeks — U.S. No 2 Soft Red Winter Wheat increased by 52% between February 21 and March 7. The Food and Agriculture Organization’s (FAO) Food Price Index reached an all-time high in February 2022.

Russia is the world’s third-largest producer of crude oil and its second-largest exporter. Europe and China import around 60% and 20% of Russia’s oil, respectively. Russia is the largest natural gas exporter in the world. European countries heavily depend on Russia’s natural gas imports, as 32% of their total consumption is supplied by Russia.

With global oil supply at its limits, Russian supply disruptions could keep global oil prices elevated. The invasion has so far not severely disrupted Russian natural gas supply to Europe, but the European Union has published plans to cut Russian gas supplies by two-thirds in 2022.

High global energy prices can lead to increasing food insecurity around the world. By pushing up local inflation, high costs of imported energy reduce purchasing power and poor households’ access to food. Soaring international fuel prices increase already-pressured global grain prices, thereby aggravating the repercussions for food security. In addition, Russia is one of the world’s most important exporters of the three major groups of fertilizers —nitrogen, phosphorus and potassium. Rising input costs in turn could impact next season’s harvest, leading to elevated food prices in the longer run.