The RISE program aims to increase chronically vulnerable populations' resilience to shocks in the Sahel. 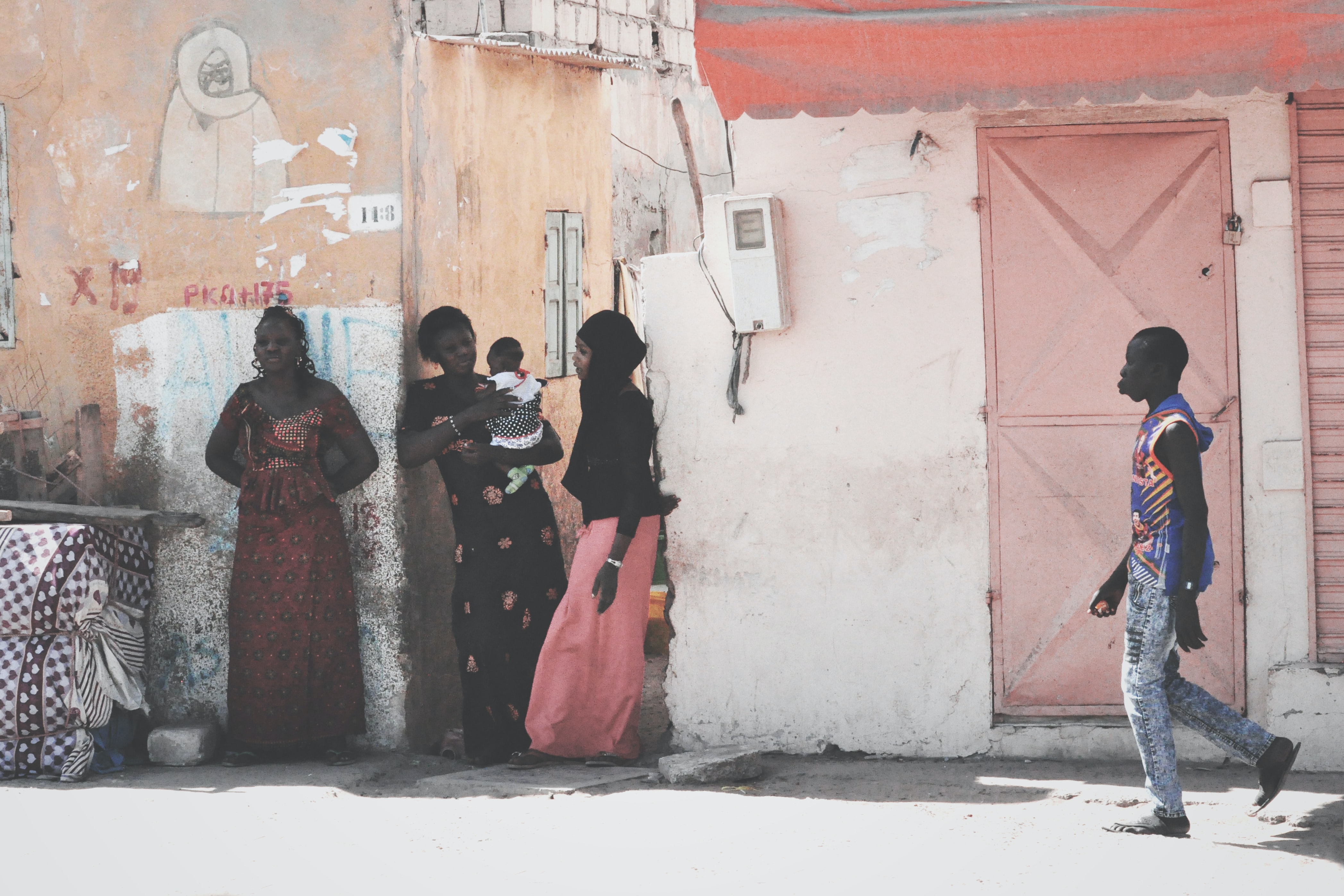 This report documents the analysis of the Recurrent Monitoring Survey (RMS) 20I8-19 data set collected as part of the impact evaluation of the Resilience in the Sahel Enhanced (RISE) initiative. The overarching goal of the RISE program is to increase the resilience to shocks of chronically vulnerable populations in agro-pastoral and marginal agriculture livelihood zones of the Sahel. The five-year program is being implemented in targeted zones of Burkina Faso and Niger in West Africa.

The purpose of an RMS is to collect real-time data during a period of shock in order to understand the nature and evolution of shocks, how they affected households’ well-being, how households coped with them, and what helped them recover. RMS 2018-19 was launched in response to signs that shock exposure was escalating in the RISE program area in its fourth year of operation. Quantitative data were collected from a representative, panel sample of 828 households over five rounds two months apart starting in August 2018 and ending in April 2019, a nine-month period. Qualitative data were concurrently collected in each round employing focus group discussions and key informant interviews. RMS 2018-19 follows on baseline (April 2015) and midline (April 2017) surveys and proceeds an endline survey to be conducted in 2020.

The objectives of this report are to (1) understand the severity and evolution of the shocks households faced over the RMS period; (2) document the coping strategies they used to deal with them; (3) assess how resilient they were to the shocks; and (4) explore how households’ resilience capacities and the RISE program to date have affected their resilience. While resilience itself is an ability to manage or recover from shocks, resilience capacities are a set of conditions, attributes, or skills that enable households to achieve resilience.

Shock exposure has progressively increased over the course of the RISE project and was especially high in the year prior to the start of RMS 2018-19. During the RMS period itself, the surveyed areas were afflicted by four kinds of “exogenous” shocks, that is, shocks over which households had no control: multiple climate shocks, army worm infestations, an influx of violent extremism, and food price increases. The climate shocks were drought, excessive rains leading in some cases to severe and widespread flooding, lack of rain at critical times in the agricultural cycle, and high winds that led to lodging of crops in the field. The qualitative data confirm that the RISE program area was exposed to multiple weather- induced shocks (drought, flooding, and erratic rainfall) and their downstream effects. Violent extremism spread into all three regions which the RISE program operates in Burkina Faso (Sahel, Centre-Nord and Est) and into Tillabery in Niger. This extremism disrupted households’ livelihoods, disrupted markets, led to a large influx of displaced populations, and limited access of humanitarian actors to villages. It also caused a great deal of fear and disruption of daily household life.

Some downstream impacts of the above shocks were animal disease outbreaks and deaths, lack of food and water for livestock, lack of water for household consumption, and elevated levels of human illnesses, especially malaria and respiratory illnesses. Poor harvests meant that households ran out of home-produced food earlier than usual and were forced to rely on high-priced market purchases.

The quantitative data show that shock exposure was much higher in the Burkina Faso area than in the Niger area due to greater exposure to drought, poor rainfall timing, animal disease outbreaks, and food price increases.

Various strategies enabled households to cope with having to purchase high-priced food from the market earlier than usual because of production shortfalls. The sale of animals was one way to cope with these shortfalls, but drought conditions led to shortages in water and fodder for animals, making them weak and susceptible to various diseases. People tried to sell their animals before they died but, in aggregate, this led to poor terms of trade, making it difficult to obtain enough food in exchange for the animals. As a result, people were forced to turn to other strategies to obtain resources to buy food such as drawing down on savings, petty trade, sale of wood and straw, sale of wild foods, casual labor in others’ fields, mortgaging land, borrowing from friends and relatives, or going into debt to merchants. They also cut down on food consumption. Many of the male household members migrated in search of work. This often left the women in charge of feeding the children and elderly on very meager resources while the men were away.

Some households were forced to turn to negative coping strategies such as selling productive assets, consuming seed stocks, sending children to work for money, borrowing money from money lenders, and taking children out of school.

Water and wood shortages only exacerbated the work burden on women, forcing them to spend long hours fetching these resources at the cost of other household tasks. In some cases, this led to domestic disputes and even violence.

Violent extremism disrupted public services, led to school closings, and curtailed security services, adding a new element of uncertainty into the affected regions of the RISE program area. Qualitative data showed that beyond protecting themselves by not venturing out, people felt helpless to cope with this extremism and were at a loss of what to do.

Although the RISE program did introduce a number of interventions that were viewed as helpful, many of the respondents said that they did not have the resources to implement many of the new agricultural practices they were introduced to. They were forced to work on other people’s fields rather than apply the new practices to their own fields due to the need to get money to eat. Also, the program did not have a response to dealing with floods or violent extremism.

As confirmed by the baseline and midline surveys, food insecurity is very high in both the Burkina Faso and Niger program areas. It is highest in the Niger area, where the percent of households severely food insecure rose to as high as 72.4 percent during the first round of RMS 2018-19, when shock exposure was at its peak.

Food security has remained relatively stable since the baseline in the Burkina Faso area. However, in the Niger area it had fallen by 30 percent by the end of the RMS period and showed a highly fluctuating pattern.

Analysis of the RMS quantitative data shows that the shocks experienced by households over the RMS period had a decidedly negative effect on their food security in both program areas. The types of shocks that had negative effects were: drought, flooding, insect invasions (in the Niger area), conflict shocks, food price increases, illnesses of household members (in the Burkina Faso area), and sudden increases in household size. The latter is possibly associated with the welcoming of Internally Displaced Persons into host households.

With regard to resilience, 62 percent of households were able to recover from the shocks they faced over the RMS period, defined as maintaining or increasing their food security. Fifty-five percent maintained stability in their food security, another indicator of resilience. Burkina Faso households were better able to recover than Niger households, despite the fact that they experienced greater shock exposure. This finding may be due to Burkina Faso’s higher resilience capacities, the stronger positive influence of resilience capacities on resilience in the area, and/or greater local government responsiveness to community needs. The program areas had roughly the same percentage of households who were able to maintain stability in their food security.

Has resilience increased since the baseline? Using an experiential indicator of households’ ability to recover from shocks that is time-comparable across the baseline, midline and RMS (round 1) surveys, it was found that resilience has increased in the Burkina Faso area despite greatly increased shock exposure. By contrast, it has declined in the Niger area over this period of similarly rising shock exposure.

Few households received humanitarian assistance over the RMS period, about 15 percent in any two-month period. The most common forms of assistance were food aid, social protection, drinking water, and cash assistance. However, the percent of households reporting that they had taken a child to get help at a feeding center “because they did not have enough food to eat” was notably high throughout the RMS period in the Niger area, reaching 33 percent in RMS round 2. Quantitative data were also collected from households to assess local government responsiveness to community requests for services, infrastructure, and food assistance. Some of the most common requests were for schools, drinking water services, health facilities, roads and food assistance. Households in the Burkina Faso area made more requests of their local governments than did those in the Niger area, and government responsiveness was higher in the Burkina Faso area.

The RMS 2018-19 data analysis indicates that a wide range of specific resilience capacities helped strengthen households’ resilience to the shocks they faced over the RMS period, including:

The evidence is strongest for three of these ten capacities, which were identified as determinants of households’ resilience in analysis of all three RISE IE surveys—the baseline, midline, and RMS 2018-19:

Others that showed up in at least two of the surveys are holdings of savings, asset ownership, linking social capital, human capital and access to infrastructure. These and the others listed above are the actionable programming and policy levers that can potentially strengthen households’ resilience in the future.

The Impact of RISE on Households’ Ability to Recover

The analysis provides suggestive evidence that the RISE program’s interventions to date have had a positive impact on households’ ability to recover from the shocks they faced over the RMS period. There is also some evidence indicating that the interventions helped Niger households maintain stability in their food security in the face of drought.

It is important to keep in mind that the positive associations between RISE program interventions and the resilience outcomes seen here are likely due to the program’s efforts to strengthen households’ resilience capacities. It will be possible to pinpoint which resilience capacities have been strengthened when new data on the capacities are collected as part of the final impact evaluation.

The analysis carried out in this report has provided suggestive evidence that the RISE program interventions have had a positive impact on households’ resilience to shocks. However, they indicate that some additional investments may be necessary to have a greater impact on food security and resilience. The following are the recommendations for programming: