What Do We Know About Preparing Financially for Disasters?
Evaluation

What Do We Know About Preparing Financially for Disasters? An Assessment of the Evidence Gap

A strong body of evidence provides a compelling case that the current policy response to disasters—sudden, calamitous events that cause losses that exceed a community’s or society’s ability to cope using its own resources—is inadequate. This brief reviews the evidence on the welfare impacts of proactive approaches to setting up finance for disaster response. 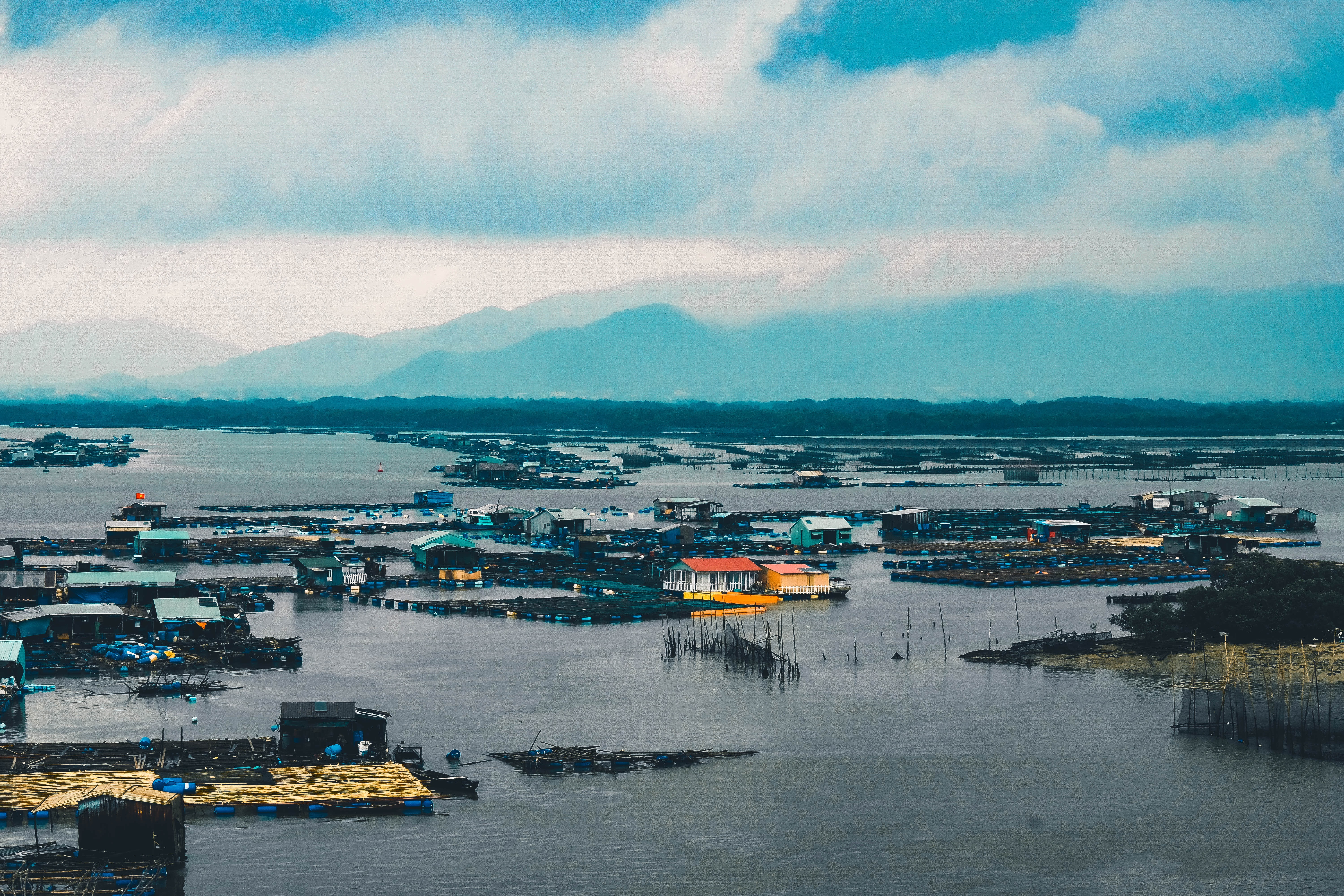 A strong body of evidence provides a compelling case that the current policy response to disasters—sudden, calamitous events that cause losses that exceed a community’s or society’s ability to cope using its own resources—is inadequate. This reality has been underscored by Covid-19, which has reversed a decade of welfare progress. Do we have an equally strong body of evidence on how we can respond better? On some things, yes; on others, the jury is still out.

A recent study by the Centre for Disaster Protection reviews the evidence on the welfare impacts of proactive approaches to setting up finance for disaster response. It considers interventions designed to strengthen individuals’ and firms’ ability to pre-arrange finance for disasters as well as interventions that pre-arrange finance for governments, humanitarian agencies, and non- governmental organizations (NGOs) for disaster response. The study, which draws on peer-reviewed publications that use a valid method for assessing impact, sheds light on evidence showing what works and what does not, and it highlights where more evidence is needed.

In addition to examining the evidence on the impact of these interventions, the review considers whether the interventions studied have characteristics that make them likely to have impact, using six habits of highly effective disaster risk finance interventions: (1) focuses on poverty; (2) offers good value; (3) is timely; (4) provides a trusted guarantee; (5) creates power for people facing risk; and (6) aligns with the bigger picture and efforts toward broader resilience.

Strengthening the Ability of Individuals to Pre-Arrange Finance for Disasters

There is strong evidence that when households are financially prepared for disasters, the impact of disasters is blunted. Households can prepare financially for disasters by saving, ensuring they have friends and family members they can rely on in a disaster (informal risk- sharing networks), buying insurance, and setting up a loan that can be used if disaster strikes (contingent credit). Households in low-income countries most often use savings and risk-sharing networks. Each of these instruments has strengths and weaknesses, and households will need a combination to effectively cope with disasters. This review considers the impact of interventions that increase access to and use of these instruments.

There is robust evidence showing that interventions designed to help individuals, especially women, increase their savings can help them manage smaller shocks, such as health shocks, but there is less robust evidence on whether such interventions help households respond to disasters. It can be costly for households to hold savings to cope with disasters, particularly for larger shocks. It would likely be more cost-effective for households to use savings in combination with other financial instruments, such as risk-sharing networks or insurance, that can help transfer risk across other households and years. More evidence is thus needed on both the cost of using savings and the optimal level of savings in relation to other instruments.

Traditionally, transfers of money between family and friends in the aftermath of a disaster have not been seen as a way to insure against disasters, which are likely to affect all members of a network at once. However, a strong body of evidence now shows how the expansion of mobile money increases the geographic reach of networks, enabling them to fully insure households against even quite large natural disasters. Still, such networks have limitations. Sometimes better-off network members will avoid investing in visible high-return activities or seek to hide or tie up their financial capital in response to an expectation that they will support those less fortunate than themselves. Furthermore, better-off households have larger, more diverse, and better- endowed networks than do poorer households, so a strategy that relies on this mechanism alone would leave poorer households with less insurance against a disaster than more affluent households.

While a small evidence base shows that insurance improves households’ welfare when disaster hits, a large body of evidence shows that the secure guarantee that households perceive when they are in an insurance contract causes them to significantly increase their productive investments. However, although insurance appears to have strong impacts, demand for insurance (particularly insurance for income, such as crop insurance) is low, perhaps reflecting the high cost and low quality of many contracts. The few studies that have examined whether poor households have access to insurance and purchase it find that often they do not.

Another collection of papers shows that poor households face higher potential barriers to demand, such as liquidity constraints, financial illiteracy, lack of knowledge about the new product, and higher basis risk as a result of living farther from target weather stations. To provide real benefits then, income insurance would require large subsidies and improvements in quality. Only two studies have looked at how insurance adoption and benefits vary between women and men; gaps in demand, they find, result from the different insurance needs of men and women.

Little experimentation with contingent credit has taken place. One paper provides promising results, but much greater experimentation and evidence are needed in this area.

The effectiveness of pre-arranging financing for disaster response provided by governments, humanitarian agencies, and NGOs depends on (1) the disaster risk finance instruments used to ensure that money is available when needed, such as insurance, contingent credit, risk pools, and disaster allocation funds (the ‘money in’); and (2) the processes to ensure that the money is spent on providing what households need when they need it most (the ’money out’).

Overall, more evidence is required on whether disaster risk finance instruments (DRF) have an impact on the support provided to households. Existing evidence is mixed. Two rigorous evaluations (of reconstruction in Mexico and anticipatory cash transfers in Bangladesh) show that disaster response funded by pre-arranged finance had positive economic and welfare impacts, whereas another rigorous evaluation found that government insurance for a drought had no positive impact. Several papers simulate the benefits of DRF instruments in economy-wide models, finding that it can have positive impacts but does not universally do so.

Although evidence on the impact of these instruments is limited, there is some evidence on how well they conform to six habits of highly effective DRF interventions. For instance, research shows how some countries have used DRF instruments to target the poorest and most vulnerable, in particular when linked to social protection

systems that respond to shocks. However, much disaster risk finance is not ‘poverty-focused’. Evidence shows that payments are made quickly to governments when triggered, but there is little evidence on whether quick disbursement of money to the government has in turn allowed timely support to households. DRF could potentially encourage a holistic response to disaster—in other words, ‘align with the bigger picture’—and could ‘empower those at risk’ because up-front planning can allow for greater participation and co-creation of solutions with affected communities. However, so far there is little evidence that this is happening. There is no evidence that it ‘provides a trusted guarantee to households’. More evidence is needed in these areas, as well as on the non-financial constraints to effective disaster response that must be addressed for pre- arranged finance to be impactful.

It is possible to examine the impacts of the interventions that are most often financed with DRF instruments: cash transfers, provision of public services, and rebuilding of public assets.

A household can also benefit if insurance for firms helps those firms guarantee jobs or markets for products or provide finance. Evidence on the links between disaster insurance and economic development is limited, but suggests that insurance markets benefit economic development. A few papers have showed that insuring financial intermediaries and service providers improves financial performance and helps them better manage their risk, with benefits to customers. Experiments with combining insurance and credit show that the impact depends on context.

Despite a significant body of evidence emerging in these areas, there is a still need to fill significant evidence gaps. The evidence that is available highlights that these different approaches to strengthening disaster preparedness carry different benefits and costs that are likely to vary with the nature of the disaster, pre-existing levels of financial market development, and the capacity of the state and other actors to act. Much more evidence is needed to get to the point of being able to prescribe policy recommendations that are relevant across contexts. Filling these evidence gaps is essential to unlocking a more impactful public disaster response and is a priority for the evidence work of the Centre for Disaster Protection.