Breaking the Cycle of Despair
Report

Breaking the Cycle of Despair: President Clinton's Initiative on the Horn of Africa

This report makes the case for building resilience in the Horn by addressing root causes of food insecurity within an integrated framework, where relief efforts can become a flexible, creative instrument for addressing the problems that create emergencies. 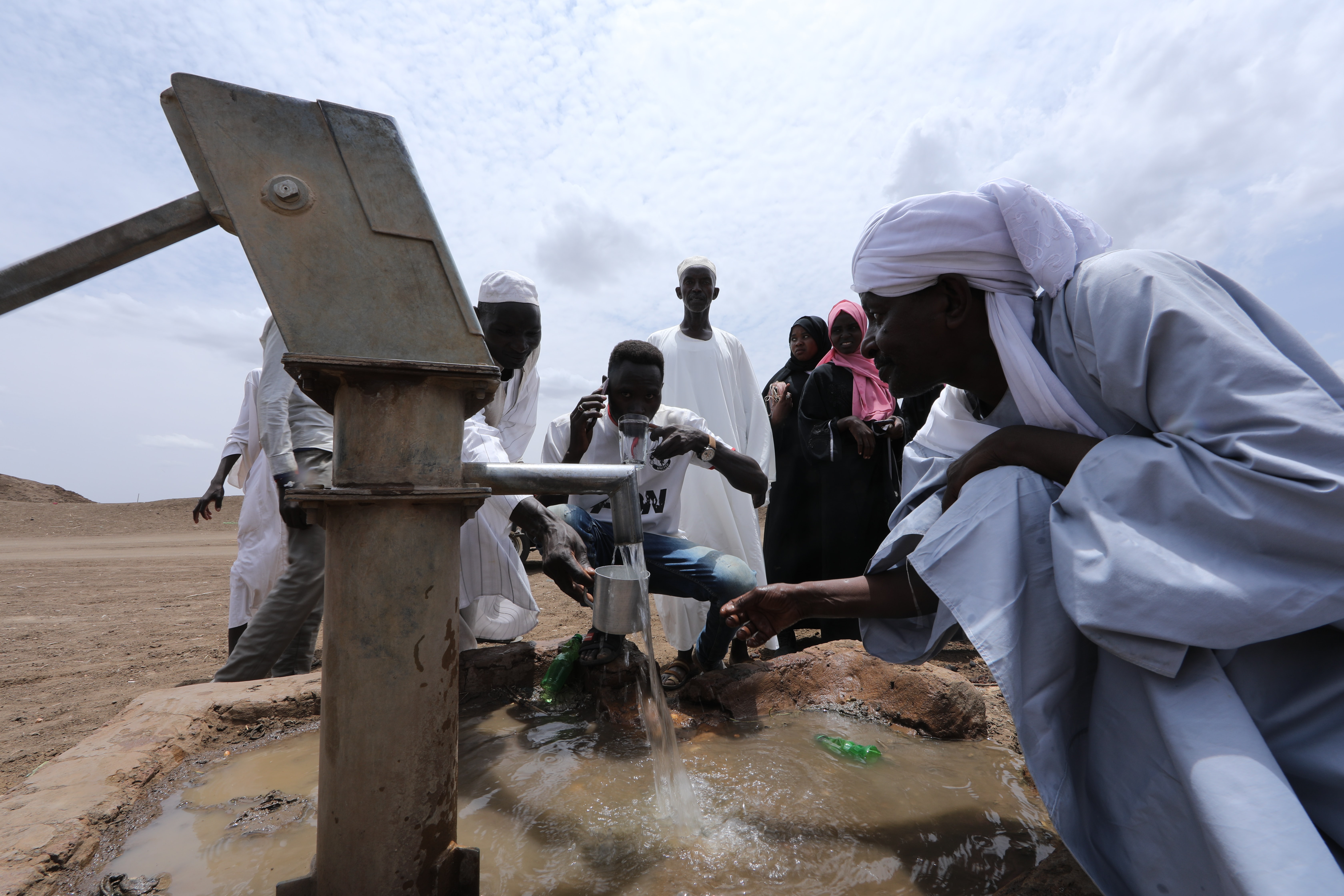 This report was released in June of 1994. Breaking the Cycle of Despair recommends a 9-point plan of action for meeting the relief, recovery and development needs in the Horn. The report of the U.S. President’s Representative makes the case for building resilience in the Horn by addressing the root causes of food insecurity within an integrated relief/recovery/development framework, where relief efforts can become a flexible and creative instrument for addressing the very problems that create complex emergencies. The following executive summary details the contents of the report

Strife, drought, and chronic food shortages have the potential to create in the Greater Horn of Africa a human crisis of unthinkable proportions. Current estimates indicate that over 20 million people are "at risk".' This report details efforts undertaken by the U.S. Government to assess and mitigate the impact of this series of natural and man-made disasters.

The US. Government is currently tracking famine conditions in the Morn through the U. S. Agency for International Development (USATD) Famine Early Warning System (FEWS). The FEWS satellite imagery capability, combined with USAID's on-the-ground field presence, provides the U.S. Government with a unique capacity to assess the vulnerability of the "at risk population.

Drought conditions threaten virtually all the countries of the Greater Horn of Africa: Burundi, Djibouti, Eritrea, Ethiopia, Kenya, Rwanda, Somalia, Sudan, Tanzanis. Uganda. While the bloodshed in Rwanda commands the headlines, civil conflict also continues in Somalia, Sudan and even in Kenya, long regarded as a center of stability in East Africa. Refugees streaming into Kenya, Tanzania, Burundi, and Uganda threaten these nations as well.

In response to the existing and impending crises in the Greater Horn of Africa. the President of the United States sent a delegation led by USAID Administrator J. Brian Atwood to discuss appropriate short, medium and long-term responses with affected countries and key donors and to call international attention to the situation. Included in the delegation were Representative Tony Hall, Chairman of the Congressional Hunger Caucus; Congressional staff; representatives of the Department of State and the National Security Council; leaders of major U.S. private voluntary organizations (PVOs); and members of the press.

The immediate relief needs facing the region are the result of poor 1993/94 graving seasons and civil unrest. The next harvest in Horn countries is expected to have little impact on short-term (4 to 6 months) food availability. Food security over the medium-term (6 months to one year) will greatly depend on whether there is sufficient rainfall in the region.

Food supplies now in the pipeline appear to be sufficient to meet urgent needs over the next few months, but USAID anticipates serious food shortages by late summer. Current projections indicate a need for over 2 million metric tons of food aid, of which a total of 1.6 million metric tons has already been pledged by the U.S. and other donors.

Assuming all pledges are met in a timely fashion, there will be a shortfall of 400,000 metric tons based on current projections. Civil unrest in Rwanda, Sudan and Somalia, as well as localized drought conditions, particularly in Ethiopia, Eritrea, Somalia and northern Kenya, could further increase the "at risk population and emergency food needs.

However, even if more food is made available, the ability to deliver and distribute that food aid may be severely hampered by erratic shipping schedules, poorly maintained ports, and dilapidated road and rail systems. Non-food assistance is also required throughout the region. Health care, medicine, clean water, sanitation, and child immunization programs are an essential complement to food aid.

Meeting urgent humanitarian needs must be a priority, but the time has clearly come to galvanize the international donor community to address the broader causes of disaster. Failure to address the long-term root causes of crisis will perpetuate the cycle of despair afflicting the Horn and ultimately prove more costly to donors.

The long-term causes of food insecurity demand a strategic focus on sustainable development in the region to help governments increase agricultural yields, decrease population growth, and promote stable democratic institutions. Given the high degree of economic and political interdependence in this distinct region -- as well as common climatic and agricultural challenges -- the U.S. and other donors should work with affected countries in formulating a regional development strategy to build long term food security.

In the medium-term, assistance for the rehabilitation and reconstruction of African states devastated by war and famine will be essential if the Worn countries are to make the transition from crisis to development. Special attention must be given to the creation of governing institutions that are democratic and thus capable of managing societal conflict.

Since the heightened magnitude of this emergency became apparent in March, 1994, the U.S. has taken several actions:

Since the designation of the Presidential mission to the Horn of Africa on May 25, 1994, several significant actions have already been taken to address the immediate crisis in the Horn. Specifically:

This report recommends a plan of action for meeting the relief, recovery and development needs in the Horn. Specifically:

The first, and most immediate, challenge for the U.S. and the international community is to prevent the current emergency from escalating into a full-blown crisis. To deter future crises, a regional strategy is needed to simultaneously address the relief, recovery and development needs. By helping affected countries recover from disaster and by building a foundation of sustainable development, the world community can help to break the cycle of despair afflicting the Greater Horn of Africa region.